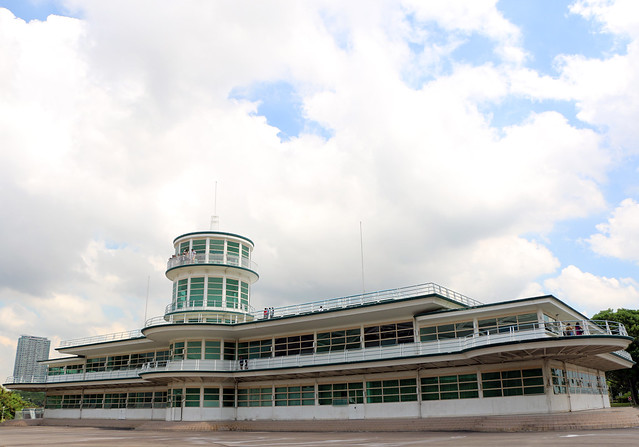 The Singapore Land Authority opened up the gates of Old Kallang Airport recently to visitors so I went along to try and imagine Singapore back in the 30s with this airport being the first custom built civil airport in Singapore in 1937. 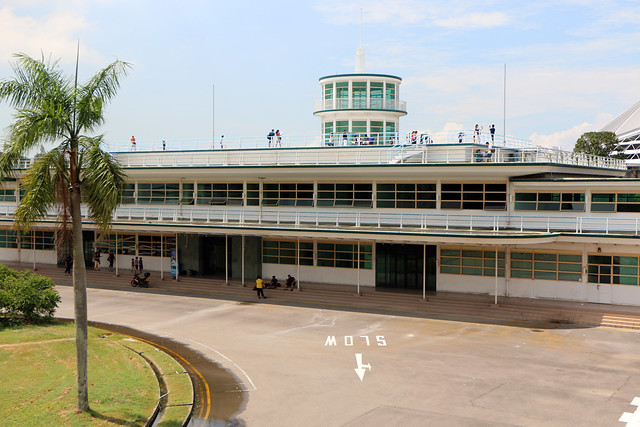 <history>
In 1930 Seletar airport received the first civil flight from Amsterdam. Singapore was an important flight hub between Australia and Europe/Middle East. So, of course, Seletar became too small for the burgeoning market and in 1931 work began on Kallang Airport. They finished work in 1937. My aircon guys can’t even replace a motor in my aircon unit in good time and these guys back then could reclaim land from THE SEA, build an airport, and be ready for planes within six years. It’s hard to believe that they even had a slipway to the water for seaplanes (it’s now surrounded by motorways, a sports complex and other concrete..things). It was used heavily, naturally, during World War II and with the world being the world, in the 1950s demand outgrew infrastructure. And it closed in 1955.
</history>

By Lieutenant R. J. Buchanan – This image is available from the Collection Database of the Australian War Memorial under the ID number: 119757

I really got a sense of what was what by looking at the above photo and comparing to what is still standing today. So visiting it today is to merely get a vague impression of what things were like back then. The architecture harks back to a bygone era of early airplanes and British rule. It’s pretty neat to wander the empty and lonely rooms  and to make your way up to the tower to try your very best to remember the old Singapore. It’s pretty hard to. 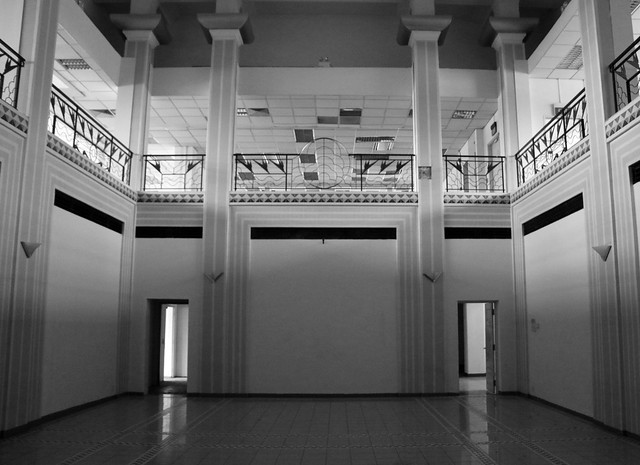 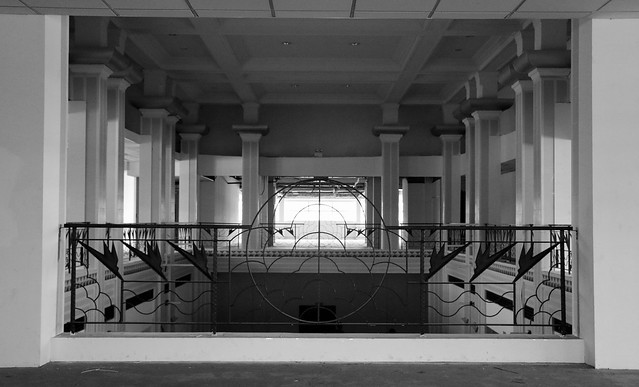 I turned the above photos black and white so you could time travel back to the 30s. You’re welcome. Kind of reminded me of the hotel in The Shining. 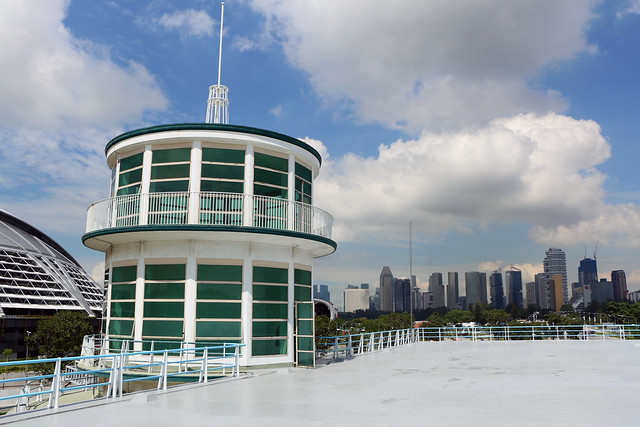 The tower on top of the main terminal building looking downtown. 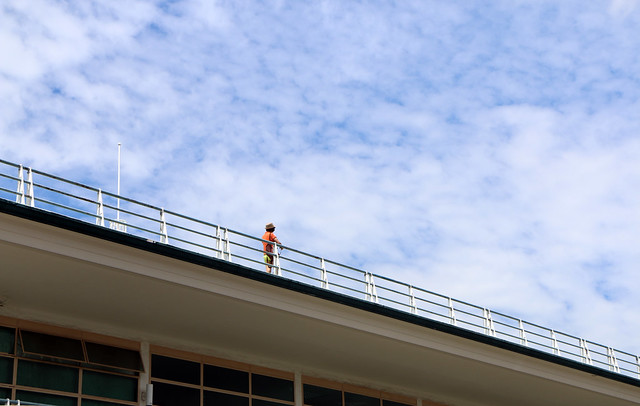 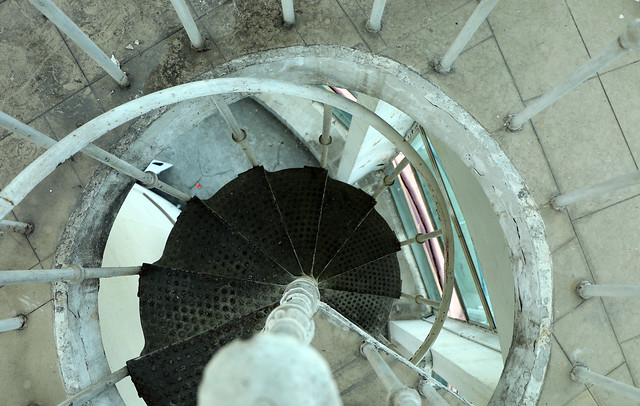 The narrowest and thinnest spiral staircase in the world. Leading up to the control tower. 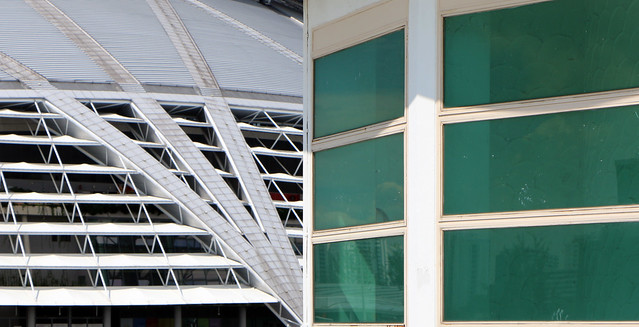 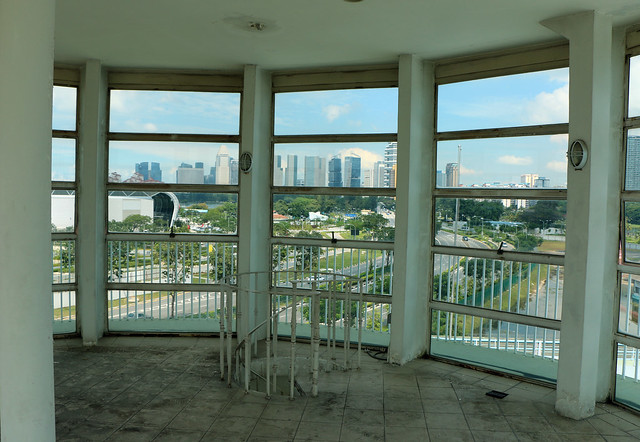 View from the control tower towards downtown. 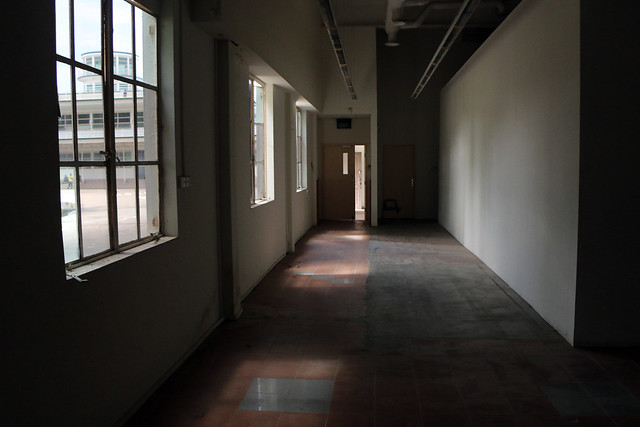 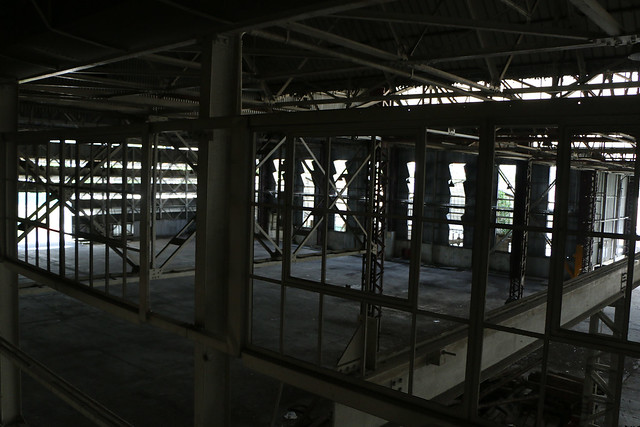 Old hangar. Was not allowed in there. 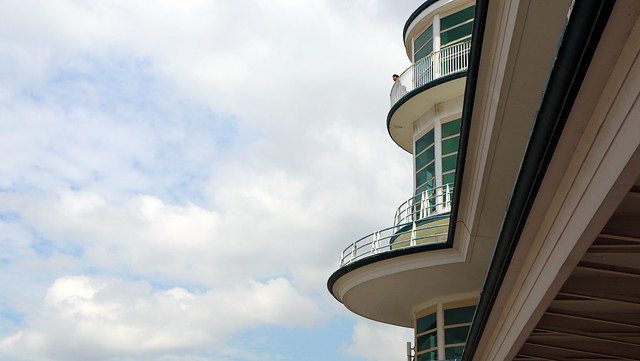 Old Kallang Airport has got some nice curves in places. Something that Changi has taken up. In places.

It took me about an hour to wander around the three buildings that are open for wandering around in. I would recommend taking water (which I didn’t) and a snack (which I didn’t) as there’s nothing around to fulfil those basic human requirements. Keep an eye on the Singapore Land Authority Facebook page for when they may be opening it up again.