Home » Taste of Tasmania Part 2
2
0
SHARES
ShareTweetSubscribe
#mc_embed_signup{background:#fff; clear:left; font:14px Helvetica,Arial,sans-serif; } /* Add your own Mailchimp form style overrides in your site stylesheet or in this style block. We recommend moving this block and the preceding CSS link to the HEAD of your HTML file. */

Part 1 in this Tasmania Travel Series is here 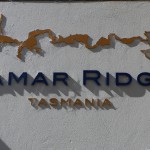 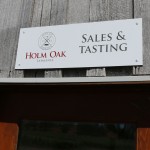 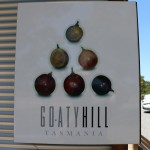 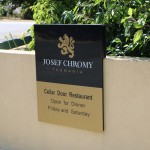 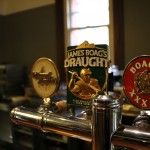 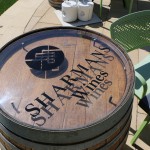 We arrived at about 8:30am on Christmas Eve in Launceston as we wanted to make sure we made it in time for a 10am pick-up from our hotel lobby for a premium wine tour from Prestige Leisure Tours (if we missed that we would have just stopped the holiday then and there). We stayed at the Clarion Hotel City Park Grand (my Trip Advisor review here) which was ideally placed right next door to Boag’s Brewery. Our wine tour was excellent and took in such wineries as Goaty Hill, Holm Oaks, James Chromy, Tamar Ridge, and Sharman. We even snuck into Boag’s for a beer sampling along the way. The Clarion has an excellent restaurant (Larceny) attached which looked after us on both Christmas Eve and Day, even after coming back from our wine tour a little spirited from our day out. On Christmas Day we took the Zig-Zag trail to the first basin of Cataract Gorge which was a strenuous walk (ie. murderous). There is a much flatter walk to the basin on the other side of the gorge but it was blocked off due to a rock slide. Or radioactive waste or something. To be honest I think the flat walk would be better as you really don’t get any views of the gorge on the Zig-Zag trail. All you get is short of breath.
The first basin is quite nice with a swimming pool beside it so that people won’t swim in the basin. But they do anyway. There is a chair lift which takes you up the hill some ways (we didn’t do it) and a suspension bridge which was a little wobbly for some certain people.. The other other dog at Holm Oaks Vineyard Pinot the pig at Holm Oaks vineyard. He likes apples. 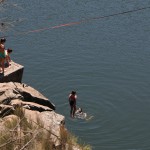 Jumping in to the First Basin 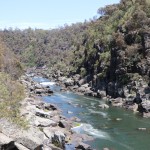 View from the suspension bridge 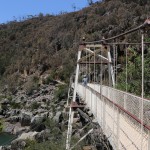 Looking out over the suspension bridge 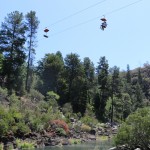 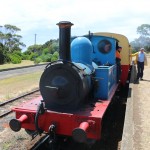 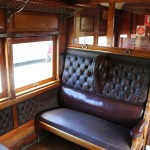 It’s just about an hour and half drive to Burnie from Launceston. We stopped off at the Don River Railway to take a quick spin on a steam engine. It was a pleasant surprise to see that Thomas was spending his retirement days giving tourists quick trips around the area. It was a nice little stop off on the way and run by a very helpful and friendly couple. Free cup of coffee too before you hop on board if that seals the deal for you. We only really stopped off in Burnie to sneak a peak at their penguin colony. We stayed at the Ikon Hotel (my Trip Advisor review here) which has rooms that are bigger than most apartments I have lived in. Burnie doesn’t really have that much else going for it. We waited for sunset which during the Summer months is around 9pm and waited for the penguins to start coming back from their hard day at the office. We didn’t realise that the baby penguins (chicks; there is no fancier word for them) would be out and about waiting for them. My pissed-off-at-other-people meter went up a few notches with both loud people who were visibly startling the chicks and people who think taking very very tired young children is a good idea. Was nice to see the little penguins (and yes, that’s their scientific name) but it’s wise to wrap up warmly. 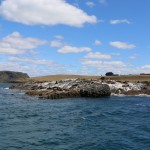 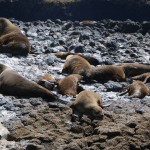 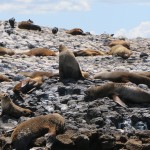 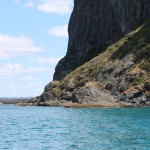 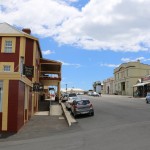 Another short hop, skip and a jump (an hour and a half drive in scientific terms) along the north coast of Tasmania is the quaint little fishing village of Stanley. We chose this so we could take a gander at their seal colony nearby. We stayed at the Stanley Village Motel (my Trip Advisor review here) which has lovely little rooms situated right on the water’s edge. We had an upstairs room which would be my choice if going back again. Overlooking Stanley is The Nutt; a towering chunk of volcanic rock called a plug. You can hike up or take a chairlift up. We did neither. We were focused on doing our seal cruise with Stanley Seal Cruises. It was a beautiful day for the boat ride out to the seal colony (we were lucky as they said they were rocking all over the place the previous day). It definitely is a must see as the seals either sunbathe, sleep, or frolic in the waters around their rock of a home. 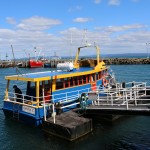 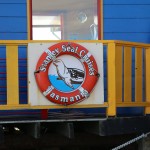 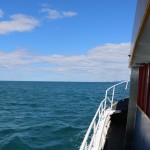 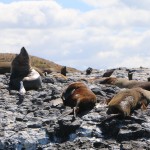 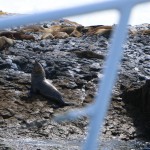 Beware there is a pretty strong smell around the colony and if you have a weak stomach you may have some issues. You might describe the smell as what would happen if a couple of hundred fish eating seals hung out on a rock and went to the toilet together. Every day.
You might say that this little excursion…sealed the deal for a reason to go to Stanley. I’ll get my coat.

Part 3 coming up with Sheffield, Cradle Mountain, and back to the Launceston region for a Tamar River cruise.

2 thoughts on “Taste of Tasmania Part 2”