“Work is the curse of the drinking classes.”
― Oscar Wilde

Growing up in Ireland the induction in to enjoying a lifetime of the occasional tipple revolved around 2 litre bottles of cider in an overgrown ditch. Or two. It involved the outdoors and older siblings wrangling up some elixir from the local town. Memories of wet damp grass, the harshness of an overhead street light, and the boisterousness of boys learning to handle their liquor.

I can’t say that I drink as much as I thought I would do back in those days but I do enjoy exploring different beers when it’s offered up on a platter. So I grabbed some $90 tickets (worth the price? read on!) to the Craft Beer Singapore festival down at Marina Bay on Saturday March 5th. 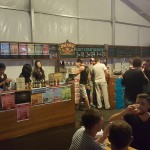 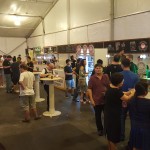 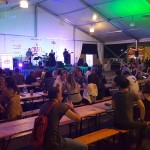 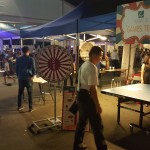 The setup was small but well laid out with beer tents plying their wares around the perimeter and an Oktoberfest-type bench setup in the middle and a live music stage at the front. There was a small tent of benches and tables at the back where we set up so that the music didn’t deafen us. The band played loud and they played your standard Asian bar classics from such luminaries as Guns N Roses, Bon Jovi, etc. bloody etc. As the night went on the throngs of ex-pats dug/drank deep and found their dancing boots and the dance floor was your stereotypical blur of pale white skin and limbs flailing all over the place.

The beers! Not too bad. Not too bad. With the $90 admission you got $50 worth of tokens to spend. Most beers were going at a very reasonable for Singapore $8-$10 with food going for $10-$12. Prices were good. Hopefully they don’t change that up next year. There was a mix of Asian, Australian, and American breweries on show but, sadly, the setup didn’t really give the punter a chance to sample beers first before purchase. No little samples. We like samples. So with 3 of us we ended up going for deals that gave us 4 beers for $20 and 3 beers for $18 and kept us handcuffed to one type of beer. Which is fine I guess but I like to spread my beer wings from time to time. 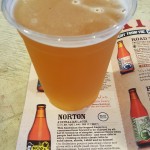 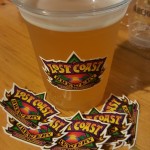 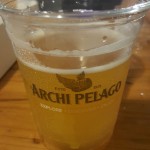 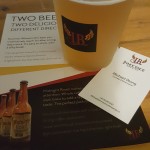 So beer wise I would have loved to have tried more and nothing stood out as really excellent. I hope it will happen again next year and it stays the same size and price structure but, again, sampling the beer is a big deal for beer festivals and the organisers need to strongly consider this.