Home » St. Patrick’s Day in Singapore 2016
0
2
SHARES
ShareTweetSubscribe
#mc_embed_signup{background:#fff; clear:left; font:14px Helvetica,Arial,sans-serif; } /* Add your own Mailchimp form style overrides in your site stylesheet or in this style block. We recommend moving this block and the preceding CSS link to the HEAD of your HTML file. */ It’s that time of year again where everyone takes the time out to wish me a St. Patrick’s Day as if it’s a highly religious occasion and St. Patrick is my one and only ruling god. As religious days go, it’s pretty good. People expect you to drink at some point and listen to Irish music. I’ll take that over kneeling on cold church pews listening to how I’m going to burn in hell any day of the week.

I don’t go crazy on St. Patrick’s Day. I leave that to other nationalities *cough*. But I do like to have a few Guinnesses. This year I took a wander over to The Drunken Poet on Orchard Road as they were advertising $12 pints of Guinness. Which is great quality for Singapore. The last time I was in The Drunken Poet it was a Canadian Burger joint. That’s how Singapore rolls yo. 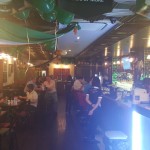 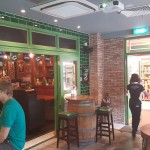 My paranoia and suspicion wasn’t called for. I figured they would be giving us cans of Guinness or “not quite” pints. But no! They were full pints and they weren’t that bad. The first one had the perfect head and consistency but the two I had after, the heads were thin like a beer head. I don’t think bartenders are told that the head of a Guinness needs to be thicker and with a convex dome on top. Just 4 years of being a barman in Ireland talking here *cough*.

So that was St. Patrick’s Day for real but on Saturday and Sunday 19th/20th there was a St. Patrick’s Day festival down in Boat Quay that we decided to wander down on the Sunday to see their parade which was to start at 2:30pm. It didn’t and we waited as long as we could and gathered with the bagpipers and Irish population of Singapore just milling around the statue of Stamford Raffles. 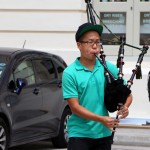 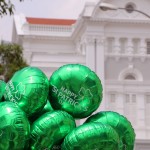 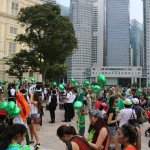 We were beginning to fry inside so we had to leave and wander over to the actual festival area in search for a Guinness. Molly Malone’s had pints for $14 and The Penny Black (not an Irish bar) had them for $12.50. They wont be those prices again for a long time. 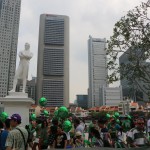 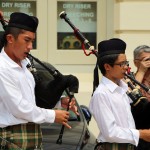 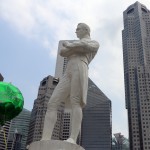 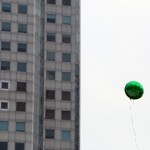 The festival itself started filling out after the parade and the three stages had three different types of live music. It seemed well organized and was well attended. And we were well hot and exhausted after a few black ones in the blazing sun so we trotted off home. Until next year… 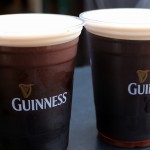 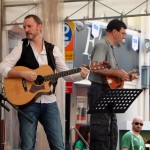 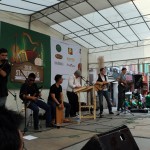 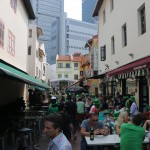 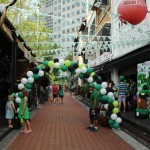