Home » England v Germany Old Bloke Football Match
0
2
SHARES
ShareTweetSubscribe
#mc_embed_signup{background:#fff; clear:left; font:14px Helvetica,Arial,sans-serif; } /* Add your own Mailchimp form style overrides in your site stylesheet or in this style block. We recommend moving this block and the preceding CSS link to the HEAD of your HTML file. */ 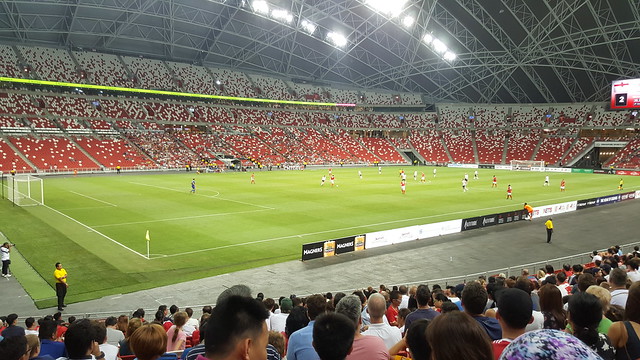 And so it was, on the 12th night of November in the year of our lord, two armies summoned forth the power of Tiger Balm and vigorous muscle rubbing to face each other on the battle field that is Singapore National Stadium.

Mightier men have shown their unbridled enthusiasm and prowess on Singapore National Stadium’s hallowed turf than these aged stalwarths of the 90s football scene but none can question their bravery or track record as they suffered the humidity and absolute silence and emptiness of a very tiny crowd indeed. It was the equivalent of one man and his dog.

Hark, is that Heskey taking a tumble like the donkey of old? Tis, tis.
Behold, is that James fumbling an easy dribbler? Indeed. 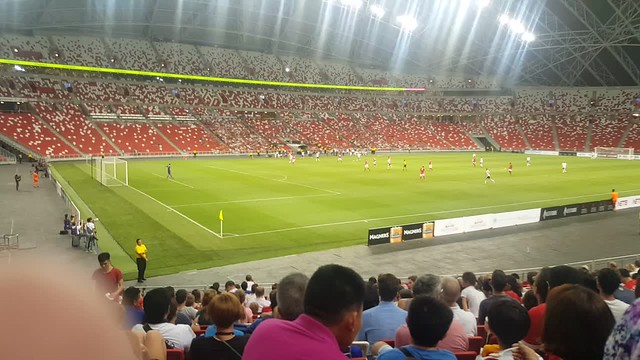 Alright. Ok. Let’s drop the reverie here. This was never going to be a normal event. A 55,000 seater stadium holding a masters football event? Whose amazing idea was that? I’ve seen reports that 10,000 people were there?! Drop a zero yo…they were giving away tickets in stores in the run up to this.

The game? It ended up 4-2. There were goals. There were tackles. The atmosphere sucked. The music was overbearingly loud and played every time there was a goal kick or throw in or free kick!! What is this?!  Baseball?! The PA announcer was woeful.

The English team was way way younger than the Alte deutsche Männer.

The fact that the biggest name, Paul Scholes, pulled out before the game says it all. The ticket I bought was $45 or so. I could have bought…something else…
They should have played smaller team indoor footy in the adjoining indoor stadium. Would have suited better. 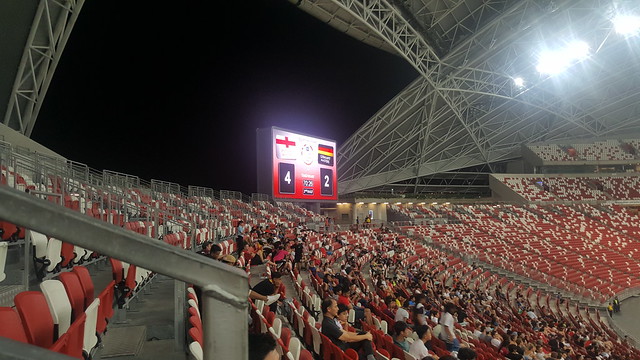 Here’s who was in each team: