Home » Metallica: Live in Singapore 2017
0
7
SHARES
ShareTweetSubscribe
#mc_embed_signup{background:#fff; clear:left; font:14px Helvetica,Arial,sans-serif; } /* Add your own Mailchimp form style overrides in your site stylesheet or in this style block. We recommend moving this block and the preceding CSS link to the HEAD of your HTML file. */ 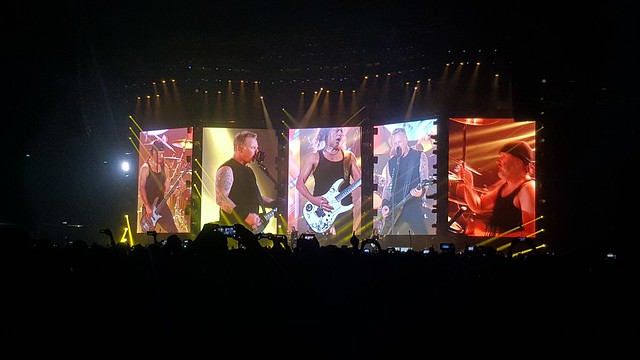 Metallica. The smell of leather jackets, blue denim, and wet green self-graffitied parka jackets. The pointy fonted logo that nobody could replicate or emanate to express HEAVY METAL ever again. The Black Album. Playing air guitar to “Sad But True” and “Where Ever I May Roam“. The confusing negativity from old die-hard fans baying for a return to ..And Justice For All and Master Of Puppets type slash and burn metal. The meandering and depressing direction after the Black Album. The return (somewhat) to form and roots on 2016’s Hardwired…To Self Destruct. 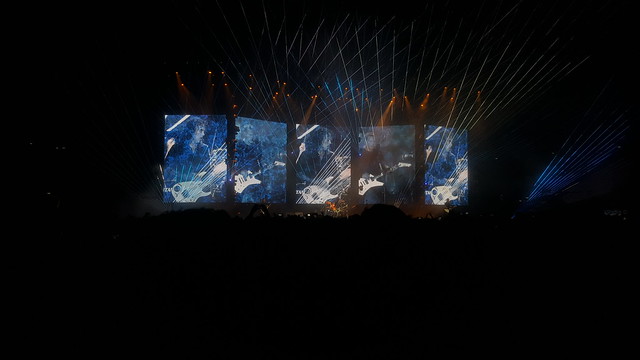 It’s the morning after and my hearing is not good. I SAID MY HEARING IS NOT GOOD.
I saw Metallica the last time they played Singapore in a desolate parking lot at Changi Exhibition Centre in 2013. Heavy metal should not be expressed outdoors. It’s best savoured indoors where the sound can envelop you, bounce off the walls and into your ear canals; making your ears ring for a week after. The Indoor Stadium is a much much better venue for concerts. Having said that, the sound last night was a little muddled at times, especially for the first song of Metallica’s setlist: Hardwired. But they seemed to get on top of it after that.

It says a lot about a band that include 6 songs from their latest album in a set-list of 18. They do fit in well into their set-list and the crowd were receptive yet reserved to them. It’s the classics that stand out though and are instant pleasers, which in a way is a bit of a shame that we have such overpowering fond memories of their “classic” days that you can’t help but wait for them to be played. And play them they do. 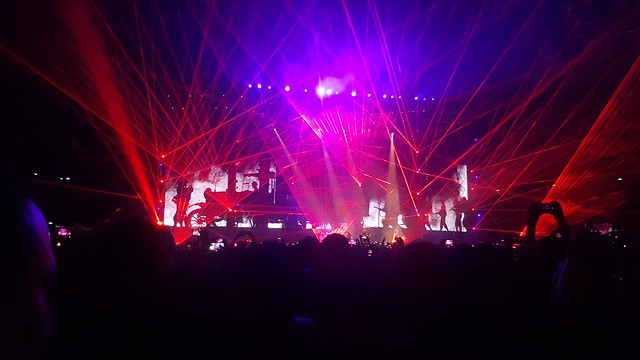 Metallica have aged well and musically are near perfect on the night. It’s worth noting that Lars Ulrich now looks like a garden gnome.

Stand outs of the night have to be Master of Puppets, For Whom The Bell Tolls, Sad But True, and Seek and Destroy. There were some minor flat notes, with James’ vocals and Kirk’s lead guitar on The Unforgiven sounding a little out of out of odds with each other during the verses. That’s nit-picking though.
One thing about the new album songs is that they’re not short. Average song length is about 6 or so minutes so they can get a little plodding.

Mention must be made about the stunning light and visual show that Metallica have on this tour. The screens give amazing close-ups of the band throughout which is very welcoming in a venue the size of the Indoor Stadium. The back-drops and lights that accompanied each song were top notch too.

Overall, a very good show indeed. Wonder will I get to see them again for the fourth time…? And where…?

Singapore Indoor Stadium as a concert venue standing on it’s own? Not bad. I arrived at 19:45 for what was stated as a 20:00 start. I walked straight into Pen B through the West Premier entrance without queues. I have a big problem with not knowing if there’s a support band or not. I was dreading having to stand through some guys biting their guitars for 30 minutes or so. Thankfully Metallica appeared on stage around 20:30. 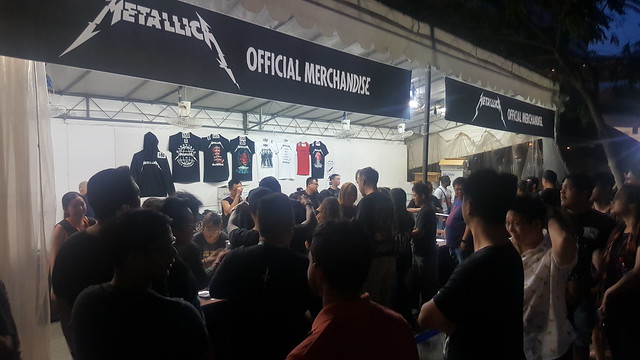 Queues for merchandise were horrendous. Sadly.

It didn’t look like there were enough food and beverage stalls. The lines were horrendous even a few minutes before the show started (at what point do you say “meh, didn’t need a beer anyway?”). The lines for merchandise outside before the gig were also huge and put me off buying anything. Something that needs to be looked at for future gigs methinks.

Ok, I took a few photos. I admit it. Then when I moved to the back of the venue for a quick getaway I filmed a little bit of Nothing Else Matters. Nobody was behind me, okay!
I swear, there was a guy in front of me for the first 6 or 7 songs live streaming the whole thing. He wasn’t the only one. There were people there who held up their cameras for the majority of the show. At times I would have had a good view of the stage if not for the stance of a new generation….hand in the air grasping a device.
When I went to the back there were more people taking selfies with the concert going on behind them than there were people actually watching and listening to the joy and magic that is LIVE MUSIC going on RIGHT IN FRONT OF YOU!