Home » 38 Oxley Road
0
7
SHARES
ShareTweetSubscribe
#mc_embed_signup{background:#fff; clear:left; font:14px Helvetica,Arial,sans-serif; } /* Add your own Mailchimp form style overrides in your site stylesheet or in this style block. We recommend moving this block and the preceding CSS link to the HEAD of your HTML file. */ 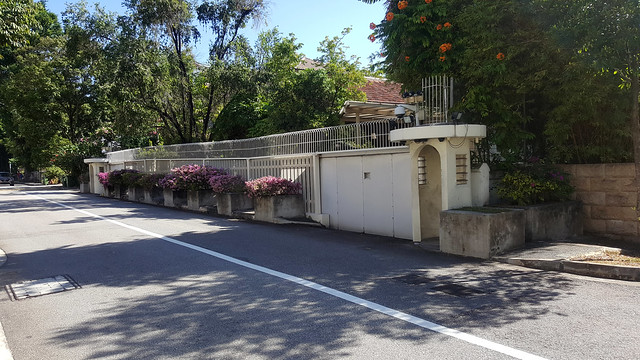 On a very very nondescript road in the gray labyrinth of central Singapore lies a very nondescript metal off-white wall. The off-white wall with its two empty and echoing sentry guard posts quietly whispers “Look but don’t touch. Move along”. Beyond that motionless and tiring metal white wall lies a quite quite nondescript house with a topping of Singaporean history and a simmering hotpot of sibling rivalry bubbling up inside.

So let’s talk about that house that resides at 38 Oxley Road.

To do so you need a brief history lesson of modern Singapore. Complicated country histories usually starts off with the United Kingdom and so, as they were prone to do, the UK found Singapore in 1819 and proclaimed it at as their own. In 1963 Singapore joined the Malaysian Federation (telling England to get lost), then got independence in 1965. Lee Kuan Yew was the man who started off Singapore and modern Singapore today is pretty much down to him. That’s about it. There’s more but I’m not getting into it. So there.

Lee Kuan Yew lived at 38 Oxley Road from 1940 until his death in 2015. A topping of Singaporean history may be too delicate a description; a hefty bucket of history gravy covers this house from the roof down to its foundations.

Lee Hsien Loong, the current Prime Minister of Singapore, is the son of Lee Kuan Yew.

Basically in the Summer of 2017 38 Oxley Road became the epicentre of a shitstorm sibling argument (between Lee Hsien Loong, his brother, and his sister, and some in-laws thrown in for good measure) about whether to demolish it or leave it as is. Because it gets all so very complicated after that (and before that), here’s the Wikipedia entry detailing the whole saga that led up to the great sibling war of late July 1017. Its long but read it for the loops of drama :

The house was subject to a government deliberation of whether to conserve the house for historical reasons in 2011. Lee Kuan Yew had met with Cabinet then and made known his preferred conditions if the house was to be preserved, if the cabinet were set on going against his personal wish. In documents released by the Prime Minister’s Office, Ho Ching, wife of Lee Hsien Loong, emailed the family in early 2012 with detailed plans about how the house would be renovated. Ho said that if there were objections to renting out the house after it was renovated, Lee Hsien Loong’s family could move in with Dr Lee Wei Ling.[3] Development application from Urban Renewal Board was granted in April that year. Lee Kuan Yew had also amended two subsequent versions of his will to remove a previous demolition clause.

In September 2012, Lee Kuan Yew was under the impression that the cabinet had decided on gazetting the house and wrote to his lawyer Kwa Kim Li: “Although it has been gazetted as a heritage house it is still mine as owner… Cabinet has opposed tearing it down and rebuilding, because 2 PMs have lived in the house, me and Loong.”[4] His lawyer checked and informed him it was not true that the house has been gazetted.

A final will was made in 2013, to reinstate an equal share among his children, the will is a reversion to the first will, with the demolition clause drafted by his daughter-in-law Lee Suet Fern. In documents shown by the siblings, Lee Kuan Yew initialed directly beneath the demolition clause and he personally drafted an additional codicil to his will on January 2014, which they claim was witnessed by his secretary and bodyguard.[5] Lee Hsien Yang and Lee Wei Ling were also made the legal executors of the Estate of Lee Kuan Yew.

After Lee Kuan Yew’s death, the will was read in April 2015. Lee’s estate was divided equally between the 3 siblings, the Oxley house was inherited by his eldest son, with a clause for Lee Wei Ling to stay in it for as long as she desires. Lee Hsien Loong believed the final will was made without full knowledge of elder Lee, but did not pursue the issue through legal channels.[6] Instead, he raised the issue to his deputy Prime Minister Teo Chee Hean about doubts on drafting of the last will in 23 April 2015. Probate on the Will was granted in 6 October 2015 without objections.[7]

Lee Hsien Loong then offered to sell the house to his sister, Lee Wei Ling for a nominal $1, with the condition if the Government were to acquire the property later, any future sale proceeds shall go to charity. The offer was rejected. Subsequently, his brother Lee Hsien Yang took up an alternative offer to purchase it at market valuation, plus donating 50% of the value to charity. Lee Hsien Loong sold the house to his brother under those terms and donated all proceeds to charity. However, according to Lee Wei Ling, Lee Hsien Loong was deceitful in his statements. As part of the agreement in 2015, Lee Hsien Loong was said to have endorsed the demolition clause in the final will and promised to recuse himself from all government decisions on the house. The siblings questioned why a ministerial committee was set up in 2016 to discuss the issue, and why PM Lee made the statutory declaration with the intent to influence the committee decision. Lucien Wong, PM Lee’s private attorney, represented him in the affairs as the PM Lee and his siblings stopped talking to each other directly.

On 14 June 2017, Lee Hsien Loong’s siblings made a public statement on Facebook, and alleging that he had abused his office to prevent the demolition and that he wished to move into the house to inherit the political capital of his father. They further claimed that he had used state authorities to harass them and they had to flee the country.[8] Their These claims were denied by Lee Hsien Loong who expressed disappointment at his family for publicizing what he called a “family matter”.[9] A special 2-day Parliamentary session was called up by the PM to explain his version of the saga.[10]

Boring right? Siblings bickering over family property. The eldest son just happens to be the eldest son of the founding father of Singapore. Pretty much. And the current Prime Minister. That’s the point. It is boring. Very. But because they are the family at the roots of Singaporean’s family tree it becomes public. So why was everyone in Singapore up in arms about this for about a month? Because they couldn’t get away from it! There were dramatic and angry Facebook posts by opposing sides from the family as if it were the Smiths down the road having a right go at each other over whose turn it is to do the dishes. Again. There were screenshots of different “proofs” posted on social media by the opposing sides. There was a TV statement by Lee Hsien Loong. There was a 2 day parliamentary session all about 38 Oxley Road.

It was a family feud played out on Singapore media in front of the Singaporean people.

Taxi drivers I talked to (I knew they would have a strong opinion) tut-tutted and sighed as the drama unfolded. Silly. Stupid. Waste of time. Get back to the real issues in Singapore. Lah. As an ex-pat it was amusing and a little absurd. If this was deemed a drama, man, we really don’t have a lot to worry about living in Singapore! Take a map out, drop a pin in a random country and you’ll quickly find out what political drama is. With a capital D.

As it is, and as it is with any water cooler drama chin wagging debate, the furor and fuss has dissipated with time. People have happily moved on. People are more than happy to not hear any more of the family feud; keep it to the Whatsapp family group chats. There are still some tired and bored arguments forever turning over on internet forums; but that is to be predicted.

And 38 Oxley Road has become the new Instagram and tourist photo hot-spot. Look but don’t touch. Move along. 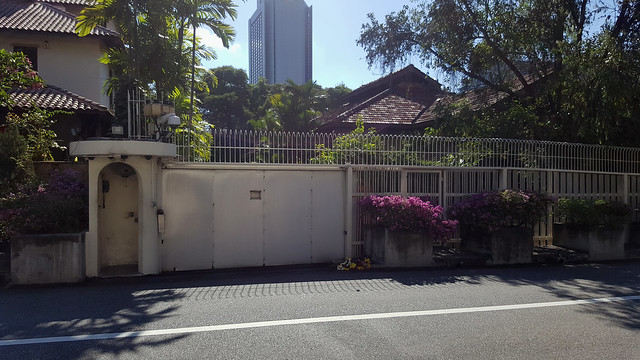