Bike Sharing – Singapore Isn’t Ready For This Yet! 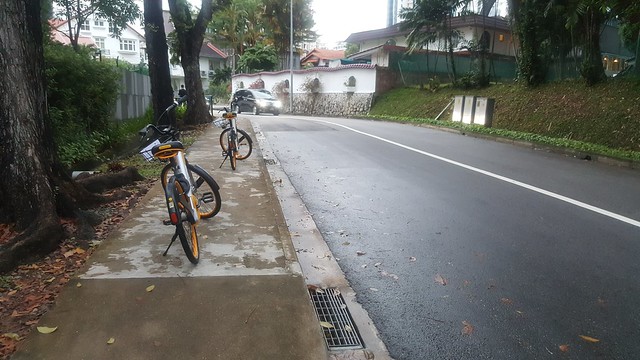 Carcasses line the streets. You turn a corner and there’s another pile. Some lie proud and upright. Some toppled over with abandonment. Bring out your dead. It’s an apocalypse. Bikes everywhere. Scrawled on them are their owner’s names; Ofo, oBike, and MoBike. Somebody somewhere in a depraved clown circus marketing department, carved into stone that the use of the letter “o” was paramount to be in a bike sharing cOmpany’s name.

Singapore isn’t ready for this.

Footpaths describe quite adequately what should happen on them. They are paths for foots – okay, feet. Same goes for sidewalks…WALKS. But now, and since Summer 2017 in Singapore, footpaths are lined with said bike carcasses and more annoyingly, live ones with human beings in control! You can’t walk 10 meters without a ding-ding behind you or worse, the silent speedster over-taker who is just gambling on you not to turn into your apartment condo just as they slipstream ahead of you. 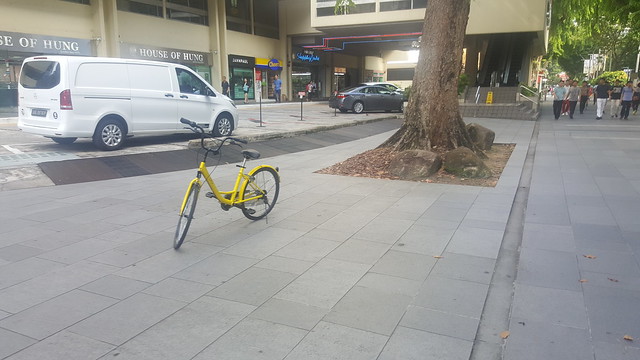 You see, Singapore isn’t ready for this. The streets in Singapore are run and owned by the cars. Taxis enjoy getting into accidents. Everyone knows this and so when you scan a barcode on a discarded bike to cycle home the last 5 miles you’re going to stick to the FOOTpaths. Makes sense in the saving your live sense. Singapore only passed into law in January 2017 that riding bikes on footpaths is legal…I guess the bike sharing companies spat out their coffees on that day and yelled “GO, GO, GO!!” into their Blackberrys. I guess they’re very happy that it’s still legal to cycle without a helmet in Singapore. Joy! No hassle of renting helmets! Yay! 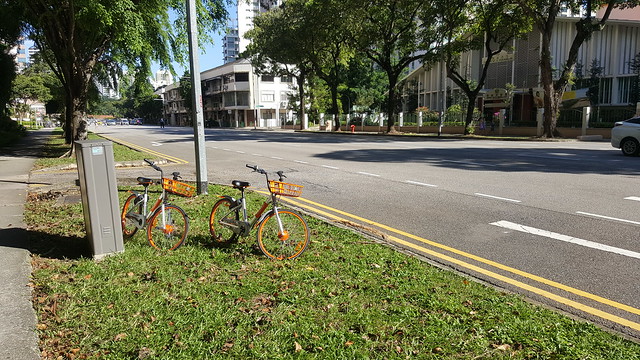 Let’s get back to the bikes lining the streets. When you get where you’re going to; you dump it. Some people lean it up against a wall, some people prop it up against a bus stop, some people stop in the middle of the FOOTpath, some people think that plonking it on a bridge staircase makes sense too. None of these places work. The “O” bike sharing companies state happily to “just park the bike in a designated public bike-parking area and lock it using the app.”  I have not spied with my little eye ONE DESIGNATED BIKE-PARKING AREA in central Singapore! I can imagine the board room of these cOmpanies before launching. “Yeah, but where do they park them after they’re done?” “Just put a few racks somewhere and pretend they’re everywhere” “Say no more” 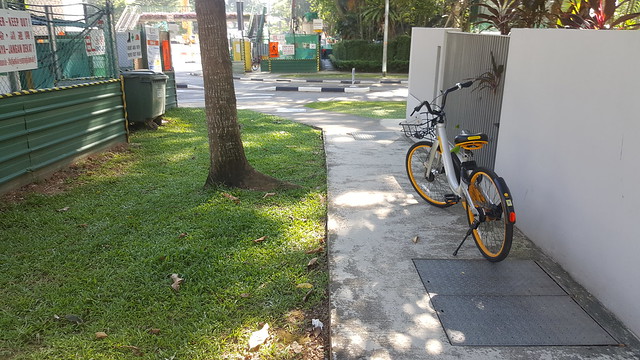 I must not be the only grump moaning as just this week, these bike sharing cOmpanies laid out an “agreement with the Land Transport Authority (LTA) and the People’s Action Party’s (PAP) 15 town councils to tackle this issue of indiscriminate parking.” This agreement includes a “single app platform for the general public to report illegally parked bikes; a common response time among the three operators to pick up these illegally parked bikes; and the adoption of geofencing technology by the end of the year.” Yeah that will work. 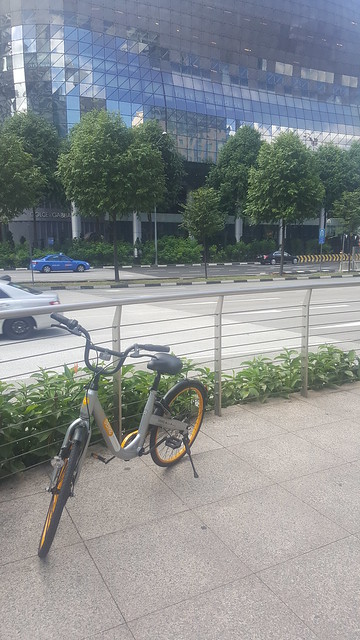