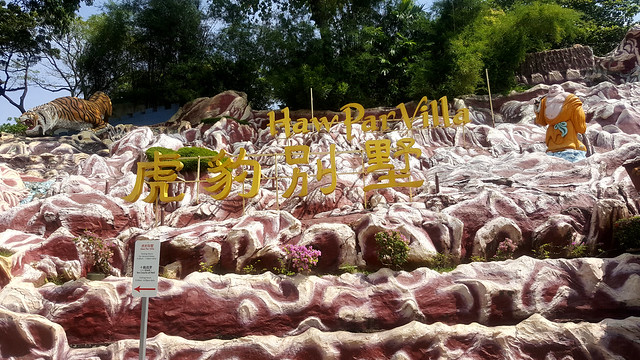 You want to see some weird sh…tuff in Singapore? Sick of the pristine sidewalks and effective transportation systems? Sick of the amazing food? Want to see what Singaporeans will create when they let their imagination run wild and allow all their weird sick fantasies out into the open? Proceed to Haw Par Villa. It even has its own MRT station. Uh-huh.

If you’ve used Tiger Balm at all in your life then you have contributed to this…strange…place. You see the creator of Tiger Balm, Ah Boon Haw, created Haw Par Willa in 1937 based on old Asian stories and myths.

It’s also free to enter so you probably want to pop along to give your wallets a brief respite in Singapore. Let’s take a look. 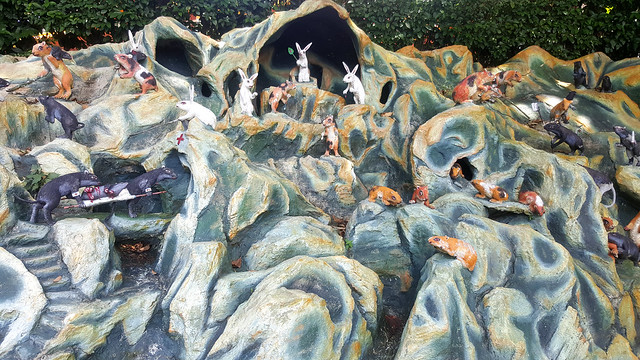 Best to head early in the morning and head for the 10 Courts of Hell area as that’s where the weirder stuff is. You pass an epic fight between rabbits and rats on the way. Naturally. 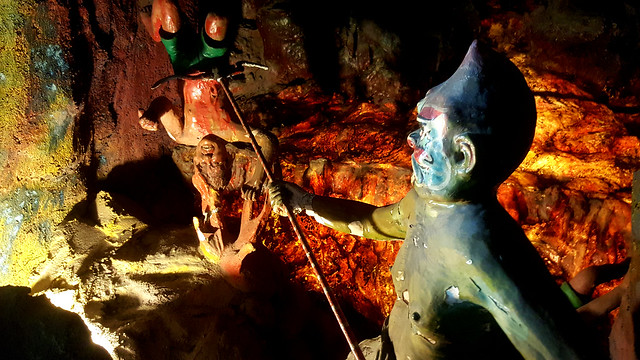 The Ten Courts of Hell is based on Chinese mythology. It’s not pretty. I guess it was intended to put people off being naughty. Above you see what happens when you jaywalk in Singapore. 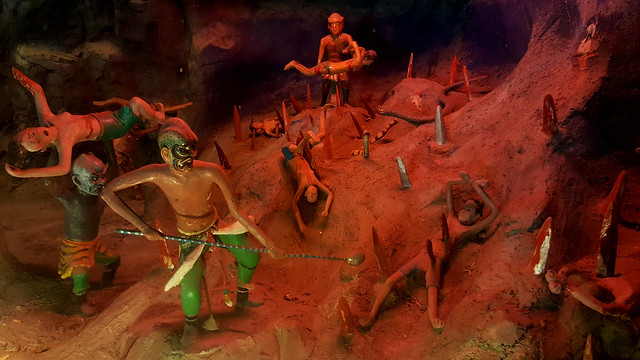 The crime for the above court of torture? Graffiti. With permanent marker. Ooohhh. 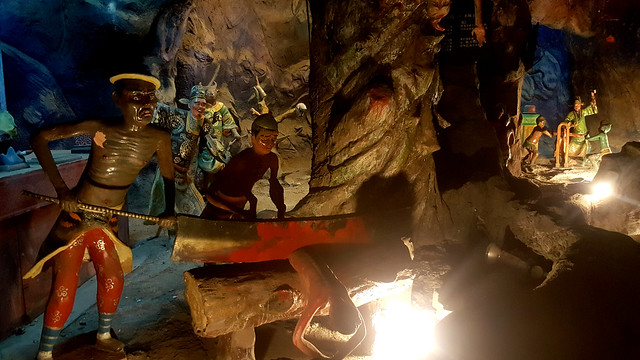 Getting sawn in half with a big cleaver. This happens if you don’t finish all your food at a hawker centre. Actually I’m not even joking; one of the reasons for this torture is “wasting food”. 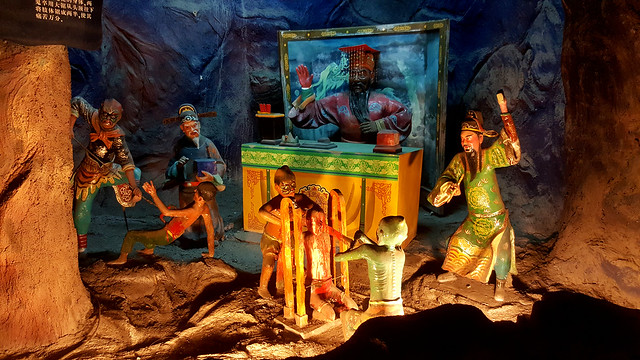 Judge Judy didn’t take any prisoners in a previous life. Getting cut in half vertically was the antidote to rumour mongering. Our next door neighbours fight a lot; that’s not a rumour, that’s fact. What do I get? 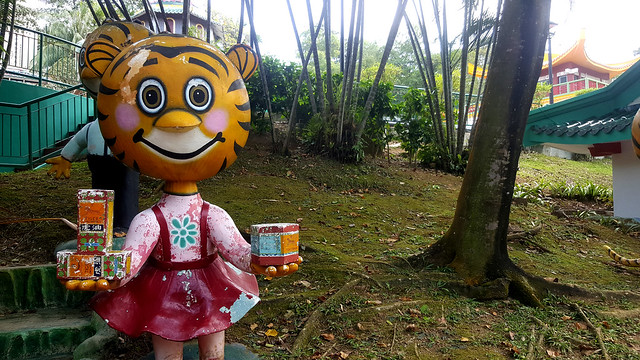 After you leave the 10 Courts of Hell you can apply some Tiger Balm to your wounds by a friendly tiger. Sorted. 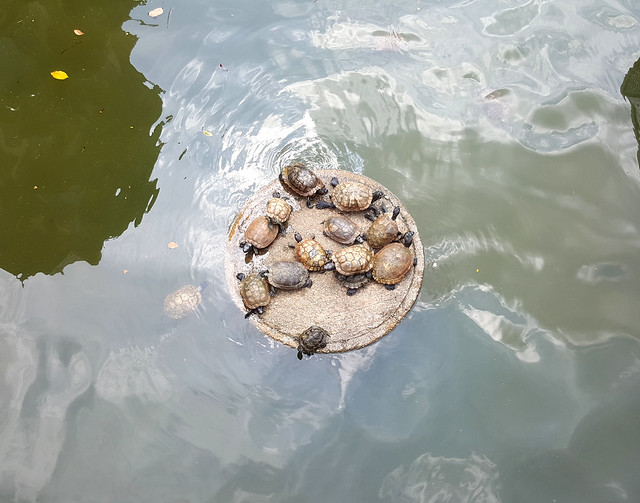 Some turtles bring you back to a sense of zen and peace. 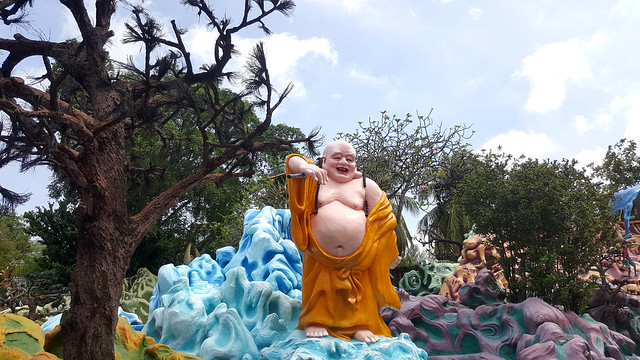 And then all is forgotten by the fat jolly Buddha. 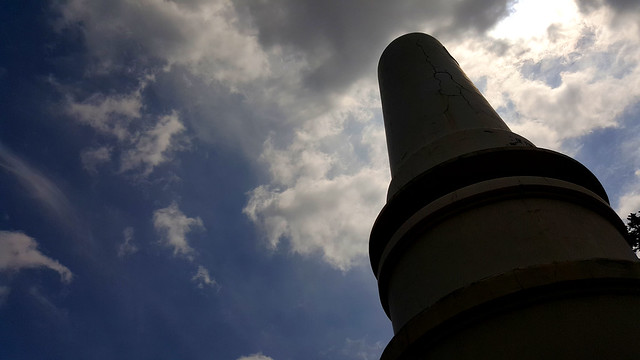 There are a couple of monuments to the creator’s family dotted around. 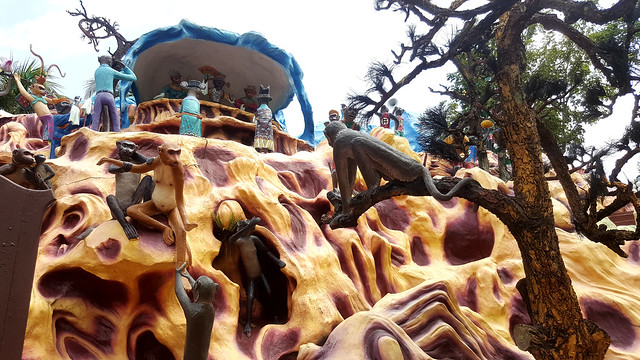 Thankfully the only monkeys were mythological monkey god ones. 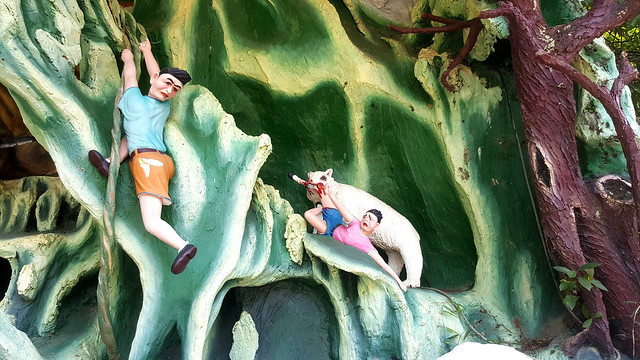 “He who can climb well shall not be dragged into caves by wolves.” 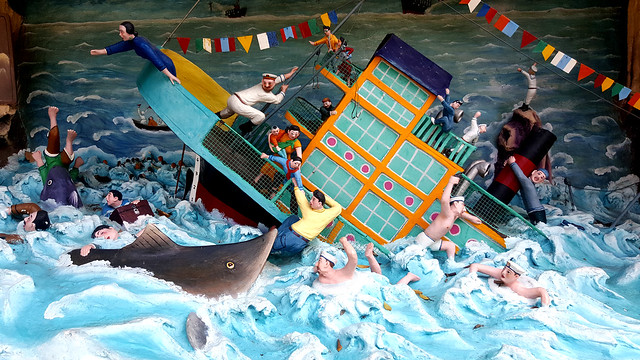 The Titanic recreation was a bit more dramatic; we see Rose after dropping Jack off the front here straight into a shark’s snappers. Nice. Would have added some spice to the movie. Cameron take note. 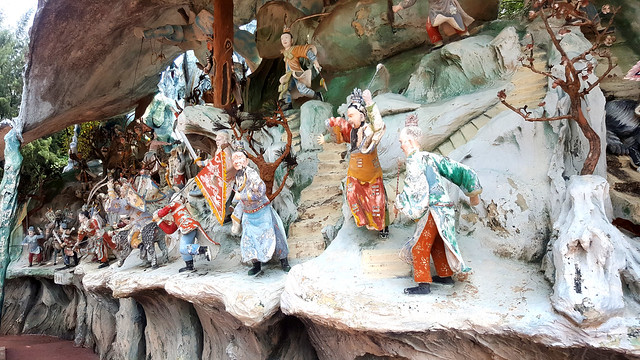 The work put into the stories is quite impressive but wear and tear is apparent. 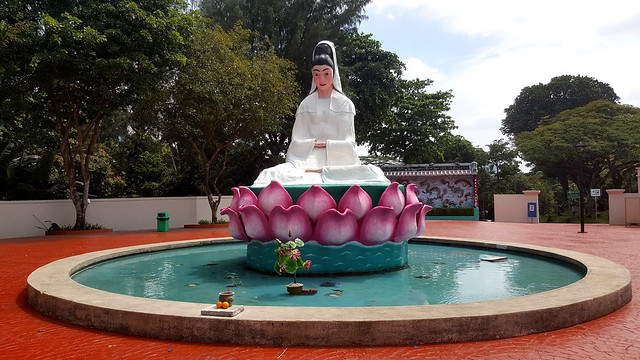 Finally, near the top of the park a nice serene Guanyin the “Goddess of Mercy” to allay all our fears that the world is going to eat us up.

Yes, so it’s an interesting little attraction to go visit. Your reaction to the different displays will range from “what the hell…?” (literally), “that’s gotta hurt”, and “huh, that’s weird”.