Home » Singapore Food Staples: Bak Kut Teh 肉骨茶
0
16
SHARES
ShareTweetSubscribe
#mc_embed_signup{background:#fff; clear:left; font:14px Helvetica,Arial,sans-serif; } /* Add your own Mailchimp form style overrides in your site stylesheet or in this style block. We recommend moving this block and the preceding CSS link to the HEAD of your HTML file. */ 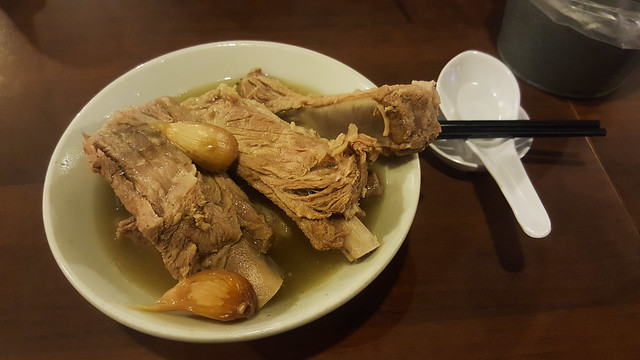 I have a mission and I have chosen to accept it. 30 dishes that are quintessentially Singaporean. To be eaten before July 2018.

The first dish Bak Kut Teh 肉骨茶, thankfully, wasn’t that displeasing when described on paper. It basically means meat bone tea. It’s not really tea but you can drink tea with it so stop worrying.

We headed to Song Fa Bak Kut Teh at 17 New Bridge Road.

They also have an outlet a few doors down on the corner at 11 New Bridge Road. I think they channel people to whichever one is less busy. 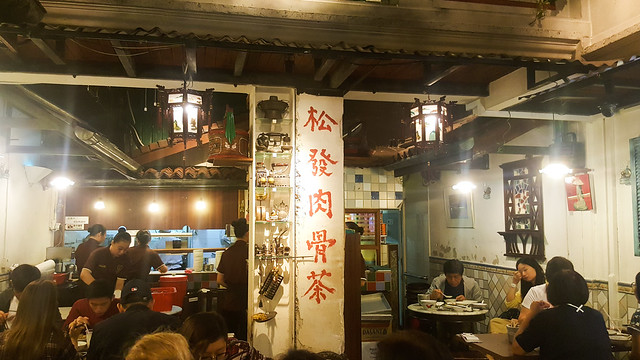 Song Fa’s menu has a number of offerings but the first dish on their menu is their most famous and the one we were there for. You can order the Bak Kut Teh classic meat (pork) bone tea with two or four bones. The four bones were the order of the day as it was unseasonably cold (23c!) in Singapore and we needed some sustenance. 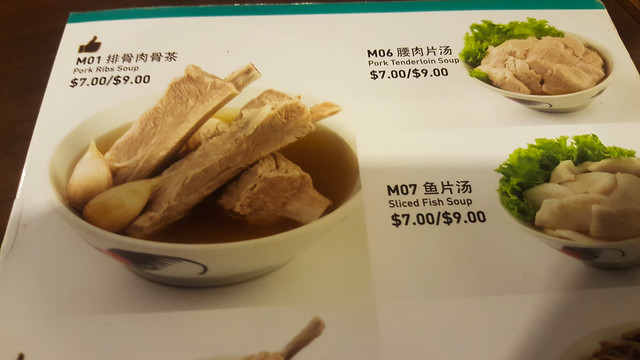 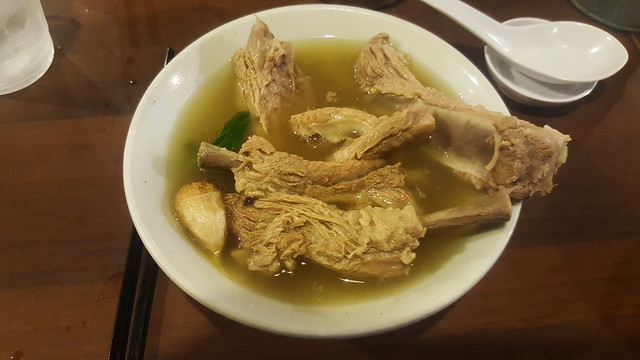 So the Bak Kut Teh as a bowl in front of your face is quite plain visually but it packs a deliciously peppery broth which the pork bones lounge in. The meat on the bones can be pulled off quite easily with your chopsticks and the pork itself is flavourful and tasty. It’s the broth that wins in this dish though and the service staff come around and refill you a couple of times to keep the heat going. The broth, it is said, has a mixture of herbs and spices including cinnamon, garlic, and cloves. The garlic part is quite obvious as there were two whole cloves were present and were a nice textural contrast to the pork and broth. I felt that the overall taste was of pepper but there was a definite complexity behind it and every mouthful was tasty. 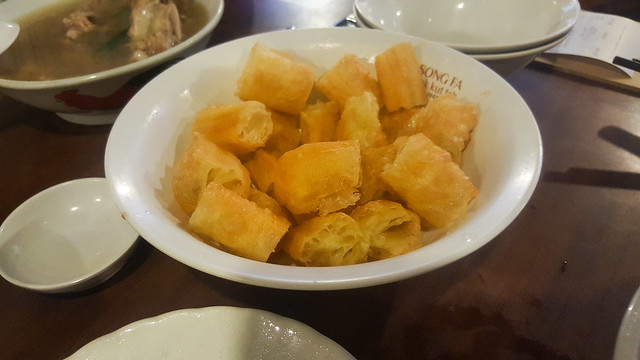 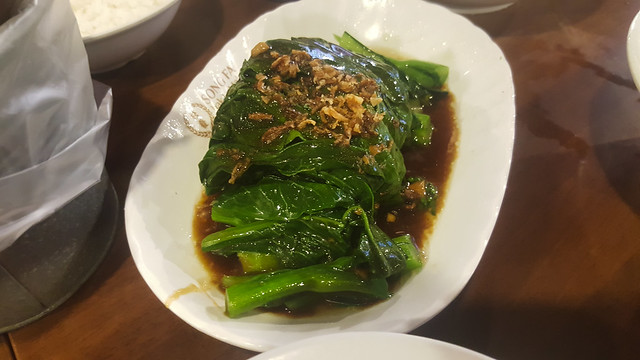 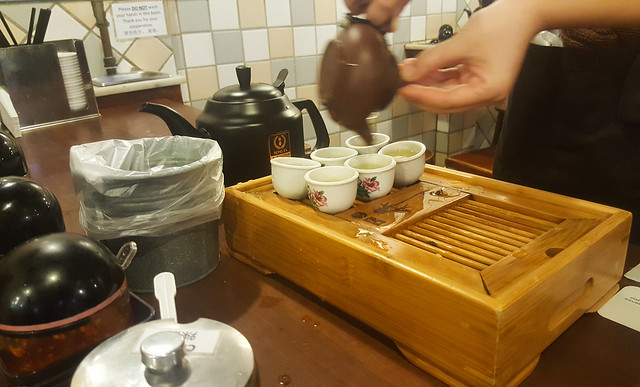 Other side entertainment we ordered were a side dish of greens; fine. Some dough fritters which were amazing dipped into the broth and the ubiquitous bowl of white rice. A small pot of tea was ritualistically made for us by the service staff which was nice of them when they saw our deer in the headlights faces when presented with the tools to make it with.

The decor at Song Fa (at least at 17 New Bridge Road) is made to be ye olde timey Chinese village eatery and it is cosy and welcoming. Service was attentive and friendly. Prices, below, weren’t too crazy and I would recommend it as a place to take visitors to Singapore as the food on offer isn’t unpalatable to noobish non-Asian stomachs. 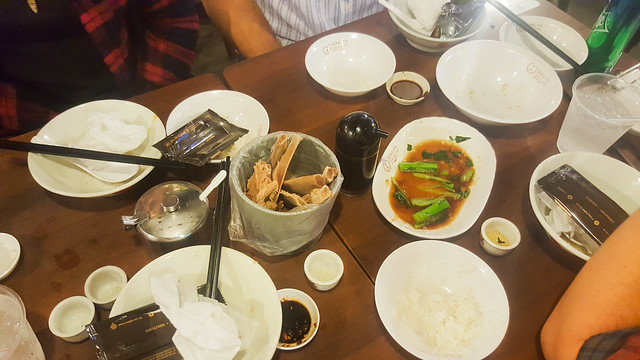