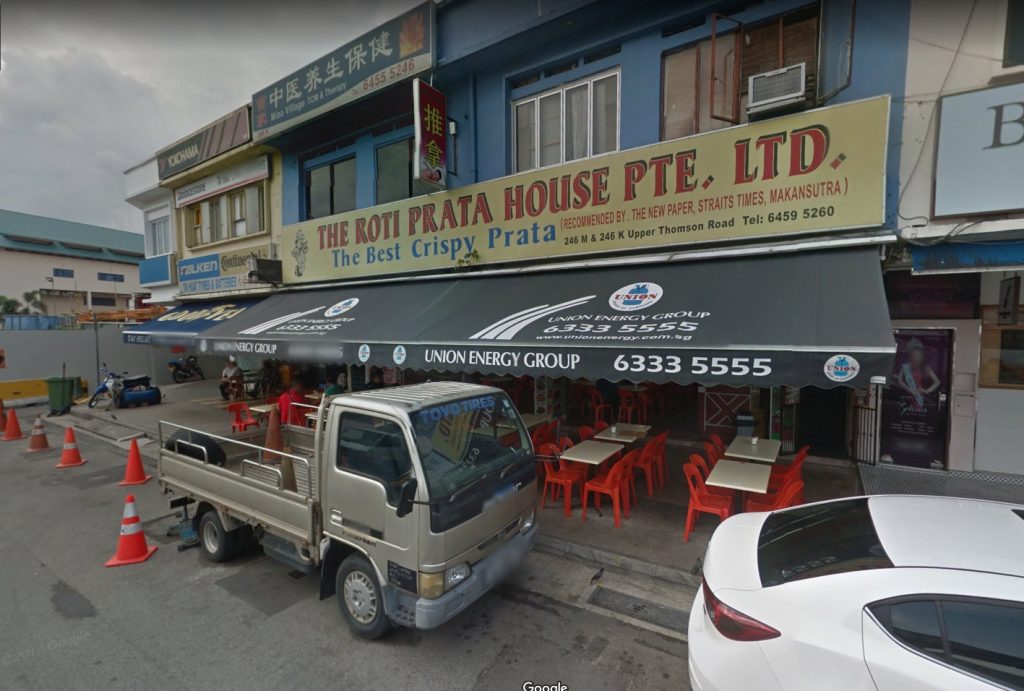 On a gloomy, overcast Saturday morning I uberred (soon to be Grabbed) my way to Roti Prata House on Upper Thomson road for some…roti prata. Roti prata is….a kind of flatbread/pancake which can come with many different fillings. Inspired by south-Indian cuisine it’s found in Singapore, Malaysia, Brunei, and Indonesia.
Roti means ‘bread’, and prata or paratha means ‘flat’ in the Hindi language. So there. Flat bread. Roti prata can be served with a myriad of fillings (or toppings) which speaks volumes about the versatility of the dough/butter combination of the bread that they use. I opted for the popular egg and onion combo which comes in at a paltry $2. 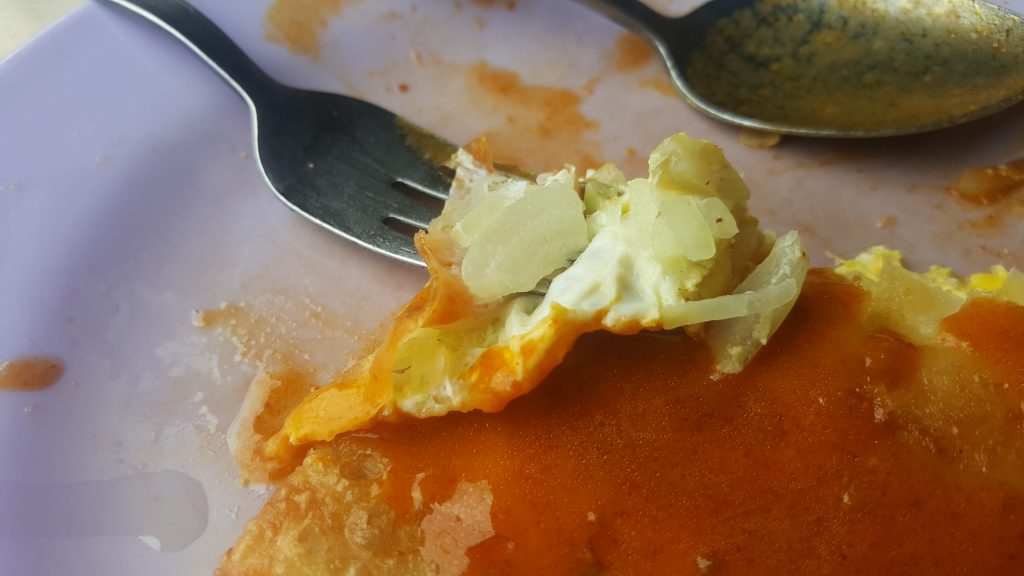 All roti prata dishes come with a side bowl of curry to dip merrily away. And merrily away I dipped. The dough is light and crispy and with the egg and onion combo it makes for a pleasing forkfull. With a slathering of curry on the roti another layer of taste is added on to the whole shindig. I would probably order the egg, onion, and garlic roti next time to add a little bit more flavour. I found myself wanting a little extra kick of something. The curry, although tasty, was a little lacking or a little thin and the egg and onion combo needs something to help them get over the finish line. Garlic could be the answer. For a day starter roti prata is definitely a cheap and cheerful option to get the day off on the right footing.

The service was prompt and efficient and the food is really cheap. I was going for seconds but some fine workers started grinding boulders in the construction site next door. Next time. Next time. Find The Roti Prata House here: