Things To Do On Vappu in Helsinki

Home » Things To Do On Vappu in Helsinki
0
28
SHARES
ShareTweetSubscribe
#mc_embed_signup{background:#fff; clear:left; font:14px Helvetica,Arial,sans-serif; } /* Add your own Mailchimp form style overrides in your site stylesheet or in this style block. We recommend moving this block and the preceding CSS link to the HEAD of your HTML file. */

Vappu is a public holiday celebration here in Finland. It celebrates workers and freedom. And vaping.  Just kidding, it’s mainly gives Finnish students a massive excuse to have a massive piss up.
The word “vappu” somehow evolved from St. Walpurgis – the patron saint against purging. Just kidding, it’s rabies.

Anyway, here’s some things to do for Vappu to fit in with the locals. 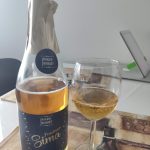 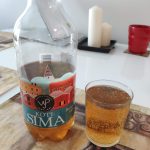 Sima is a mead type drink made with mainly sugar, yeast, water and usually other bits like lemon rinds. You can buy it from stores in a soda drink for all the family to enjoy or a very low alcohol sparkling variety. For all the family to enjoy. The two varieties we got tasted mainly of brown sugar and raisins. Which was weird as there weren’t raisins in the ingredients. 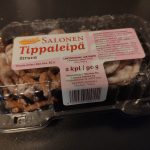 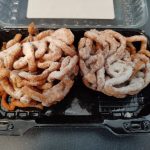 A funnel cake variation where dough is dripped out of a funnel into boiling oil. Literally, the word Tippaleipä means “drop bread”. I was expecting a soft bite but it was crunchy. Mine might have ben stale. A donut. Sometimes cardamom is added for added flavour. Literally, the word Munkki means “monk”. I don’t know. The big ones we tried had berry jam/jelly inside and the smaller ones were just dough. Noice.

Watch A Statue Get Washed and Get a Graduation Cap Head to the end of Esplanadi Park in Helsinki for a slight distraction from the constant alcoholic binging to watch the f-innish-amous Havis Amanda statue get a soapy wash and a graduation cap plonked on her head. Elaborate? Yes. Ridiculous? Yes. Fun? Sure, why not?
It’s worth noting that the Finnish graduation cap is a sailor’s cap which is a little strange to the outsider’s eye. They mean a lot to the Finnish people with the cap being kept through their lives. It was interesting seeing the older people around with aging, discoloured caps. When the cap was finally plonked on it was very New Year’s Eve around us; champagne was popped and kisses were had. Statue with cap. Time to move on. The day after the night before the parks of Helsinki are full of picnic havers where bubbly, potato salad, and herring are among the traditional staples. People get drunk again. Some people make do with a blanket but some people bring their dining table and chairs with them. Mostly evident on the eve of May 1st where students are boozing throughout the day in various areas of the city. If you’ve been to St. Patrick’s Day in America or Karneval in Germany then you know what to expect. Yung ‘uns who can’t handle their liquor get up to all sorts of mischief; it’s a universal trait.

It’s an interesting few days in Helsinki during Vappu with some unique celebrations.