Home » Sapporo’s No Good Misspelt Beer Ordeal
2
50
SHARES
ShareTweetSubscribe
#mc_embed_signup{background:#fff; clear:left; font:14px Helvetica,Arial,sans-serif; } /* Add your own Mailchimp form style overrides in your site stylesheet or in this style block. We recommend moving this block and the preceding CSS link to the HEAD of your HTML file. */

It might reverse-surprise some of you that English is not particularly focused on as a main form of communication in Japan. Speaking as a mono-language western white idiot, I can’t criticize this too much. Alas, I can’t help my primal monkey-brain feeling all high and mighty when I see grammatical errors from Japanese companies who try and sneak in a little English here and there to add a little extra foreign oomph to their products or services.

For example, this uplifting and potential spirit arousing fight-against-the-global-pandemic poster that has been plastered around Kyoto: 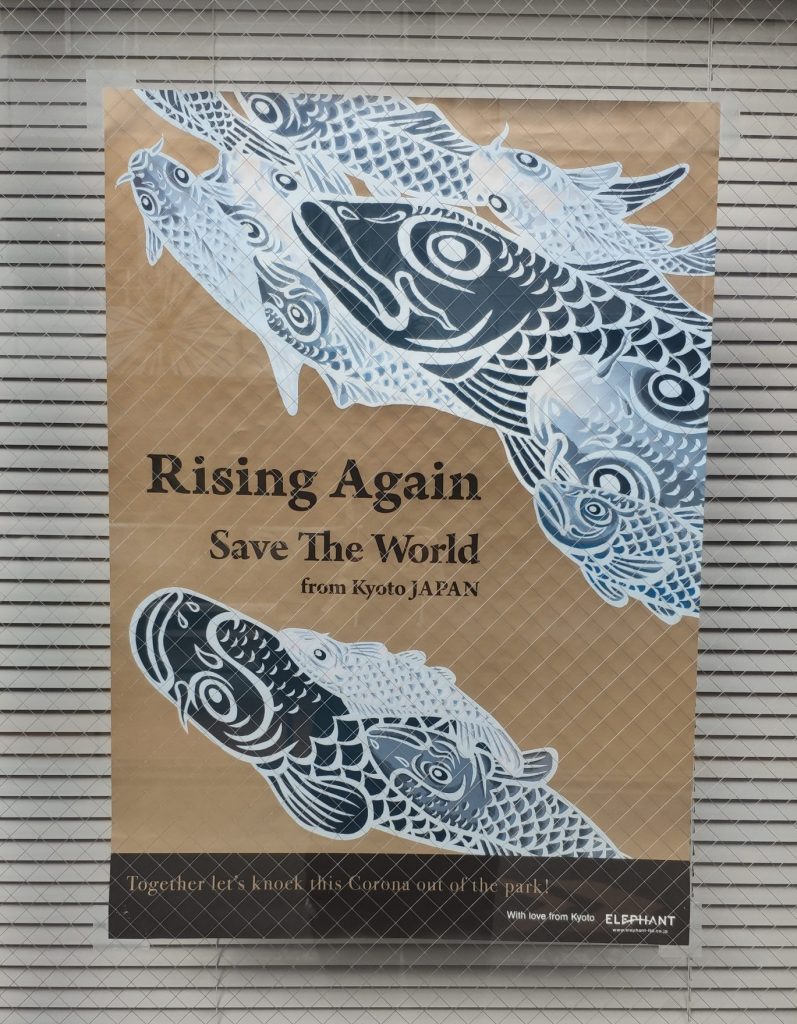 One could be forgiven in thinking that we all had to be saved from the mortal danger and peril that Kyoto presents to the world at large. Perhaps those mutant 100 metre koi fish are being unleashed from their underground algae infested ponds as we speak. These posters have since been taken down city-wide. And burned.

And this from one of our local supermarkets: I go here everyday because I always wanted to be dandy. And dapper. And be named Dan. I would hope if I was ever in a gladiatorial fight to the death then the good staff at Daily Qanat Izumiya on Shimohorikawa-cho, would cheer for my life with great aplomb. And dandy.

Anyway on to Sapporo. But you get the point; English is not the main focus of communication in Japan and the time spent on Google Translate in marketing departments nation wide is the about the height of the time spent in translating….stuff…from Japanese. So stuff slips through from time to time.

Sapporo, like any other beer company in Japan, were all set to release a limited edition beer (サッポロ 開拓使麦酒仕立て) for the start of 2021, intended as a homage to the brewing techniques (three-time boiling method I’ll have you know) undertaken in their Kaitakushi Brewery, Japan’s first beer factory, which opened in 1876. The beer was brewed, the cans were designed and made, and the release date was set for Jan 12th. And then someone in quality control who may have had a few beers in their time and knew what a can of beer looks like spotted something on the can that should not be… Can you tell what it is yet? Yes, unless you were writing Born Slippy by Underworld back in 1996 then you most likely know that lager in English is spelled how I just spelt it. Not lagar.

So Sapporo suspended sales and apologized to the world. Then beer lovers in Japan cried “Who cares?! Just sell the beer! We’re dying over here!” So Sapporo they looked at their bank balance and said “Yeah, whatever” and set the new release date of Feb 2nd in Family Marts nationwide. So I took my dictionary along to my nearest Walmart, compared the spelling of lager to make sure I bought the right wrong one, and bought two. One to drink and one to sell on eBay in 5 years time to finance my early retirement.

So was it worth waiting for? At 6% it’s a little whallopy with the alcohol content. Give me 5.5% any night of the week (except Sun-Thurs). But it has a really nice overall lagar taste and a strong character which harked me back to more European lagar fare compared to Japanese offerings. Then again, I hadn’t had a beer in about three weeks before tasting this so I enjoyed it with beer colored spectacles. I will nip back in to Familymart this week to hoover up the rest that they have to offer.